Kerry Cricket Club was established in 1872 and has been located at Tralee Rugby Club. In 2014 the opportunity arose to purchase a field at Spa and over the next 2 years our beautiful new Oyster Oval was built. The cricket grounds boasts stunning views across the Tralee Bay estuary and is arguably the most scenic pitch in Ireland! The field at Spa before development After development complete with Pavilion

The opening of the Oyster Oval ground in May 2017 finally gave relief to a tormenting itch that had flared up frequently for over 20 years. It emerged from mists reminiscent to ‘if you build it, they will come’, or more frequently, a simple ‘can’t be done’.

But David Ramsay could not be shifted from his belief. Gazing southwards across the road, Tralee Bay and the Slieve Mish string of mountains, his vision took in two teams on the field playing cricket, a pavilion, scoreboard and spectators watching rather than the rank swamp that adjoined the road.

Local families warned their children not enter this forbidding field because what would happen to them there would be far worse than the reception that would greet them when they came home with their clothes in rags and smelling of who-knows-what.

For many years in the 18th. and 19th. centuries, people from Tralee came in numbers to the Spa well which was located at the south-western corner of the site. The traffic used to come along the shore and those passing onward used to come up Cuckoo Lane and northwards towards Lassinagh. The road from which David engineered his vision was a later arrival to the Spa and, unfortunately, hastened the end of the popularity of the well as the curative waters were altered by pollution.

Mr. Justice Robert Day, who built Day Place in Tralee amongst his other accomplishments, wrote the “I predict that our Spa in another year, and indeed our whole county, will become a place of great fashion and resort” while Charles Smith (The Ancient and Present State of the County of Kerry) tells of the well which was “near a foot deep, and about three feet in diameter, flowing out on a small bank of yellow clay mixed with gravel. It has been known above fifty years, and has been, of late years, and continues to be at present, in high repute, by reason of several notable cures effected by it”.

The meeting in Baily’s Corner

In the winter of 1987/88, a number of men, largely members of Tralee Rugby Club, met in Baily’s Corner to talk about re-establishing the cricket club. The game, once popular in the county, as it was all over Ireland, had not been played in 40 years or more at this stage but the initiative developed and took root. David, who had played in school, indicated his interest in becoming involved. Equipment materialised from attics and sheds, forty shades of white garments were donned and The Barony of Trughanackmy Thaumaturgic Cricket Club played four games that summer. The following season, County Kerry CC resumed and took part the lower divisions of the Munster Cricket Union’s schedule of competitions.

And David looked across Tralee Bay and the picture began to frame in his mind and he dared to dream that some day, his club would be able to call this derelict wasteland its own ground.

We move ahead by several years now. David and James McGrath, the proprietor of the Oyster Tavern and owner of the swamp, got talking about what was now a long-running quest for a ground. There were few prospects of being able to use the land for any productive purpose without the expenditure of considerable sums, James agreed to offer a long lease to the club.

Now greatly invigorated, David began to pick at every loose seam he could identify to bring the project to reality. He pushed through a successful application for a Sports Capital Grant, persuaded Allman Brothers (not the band) to take a chance that their machinery would not instantly corrode and fold into the ground and the excavations, laying of drains and finally surfacing and laying of the mat commenced.

First match at the Oyster Oval

In May 2016, the first match was played on the Oyster Oval, a Premier League game against Midleton. The architect of the ground was not there, though; he was playing for the third team in a Division III game that day. 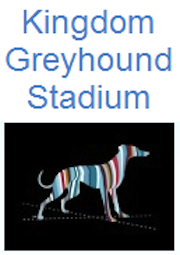 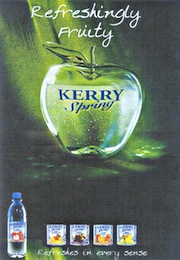 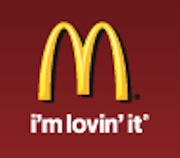 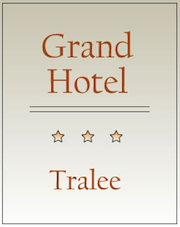 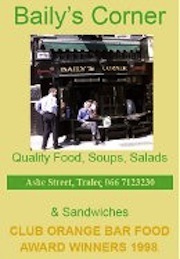